How Reliable are Standardized Field Sobriety Tests (SFSTs) as Indicators of Intoxication?

How Reliable are Standardized Field Sobriety Tests (SFSTs) as Indicators of Intoxication? 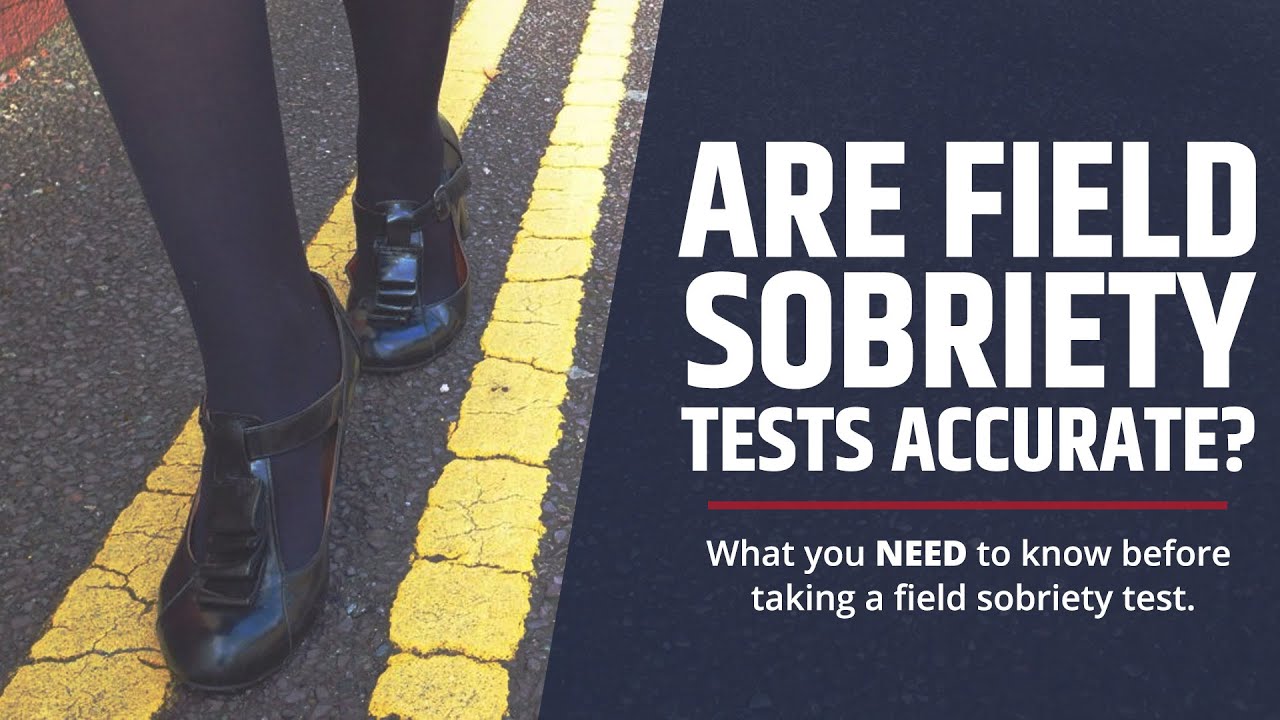 In my opinion, field sobriety tests lack reliability for the following three (3) reasons:

First, Standardized Field Sobriety Tests (SFSTs) were designed and validated in an office setting with standard individuals and under standardized conditions. In real life, they’re rarely done under these appropriate and controlled circumstances.

In real life, field sobriety tests are administered in the field with varying:

Whether it’s rocks, uneven pavement, rain, or a number of varying aggravating factors that were not part of the test validations, all of these things can make the tests less reliable. In order to be reliable, Standardized Field Sobriety Tests must be administered in a standardized fashion and scored with standardized scoring techniques.

Standardized Field Sobriety Tests were validated using standard individuals of appropriate age, weight, and physical capabilities. When they are done on older, over-weight individuals or individuals with the physical or mental disabilities or injuries, the tests can become unreliable.

For example, if you’re a 78-year-old man being asked to perform these tests, the way the tests are administered and scored is the same as it is for a 28-year-old man.  Standardized Field Sobriety Testing don’t account for age, disabilities, illnesses, or injuries.

Lastly, officers are trained on field sobriety test administration and then have refresher courses maybe once every ten years or so.   This leaves officers vulnerable to making errors in the administration or scoring of the tests.  If an officer fails to give a required instruction or otherwise fails to administer the test in the standardized format, the test can become unreliable.

If your attorney doesn’t know how field sobriety tests are supposed to be administered, what the officer did or didn’t do will not be accounted for when weighing the reliability of the tests.

This is not legal advice and is for general informational purposes only. Please consult a lawyer if you are charged with a DWI.  Please remember, you can call Tom Anelli 24/7 at 1-800-DWI-1100 or www.dwitom.com

What our customers say

Krystal was a tremendous help in getting me squared away with all of my tickets. I am very happy with the way she went about and handled the situation. Very professional and communicative throughout the whole process. 10/10 would recommend, she’s terrific!

Michelle Richardson
Tom Anelli & Associates have worked with my case for 1 year and 5 months and were absolutely amazing with the handling of my case. Krystal Arrington specifically keep me informed on every step of my case, explained what I didn't understand, and most importantly responded to me expediently whenever I contacted her. Krystal and the rest of the team have my utmost respect and I would recommend this law firm to all who are looking yo represented properly and professionally. Thank you very Krystal and thank you also to the the rest of the team.

Steven Gravina
I must admit at first I wasn't quite sure. It turned out that it was mostly my ignorance of how much there was to accomplished and at what pace those things could be done. Aneli and Associates got me what I consider to be very good results!

Kayla Gurney
Choosing Krystal with Tom Anelli and associates is easily one of the best decisions I have ever made in my entire life. Krystal is wonderful and she is easily the best person I could have picked for my situation. I remember my initial phone call with her- which obviously was filled with anxiety, tears, and genuine regret. Even during that phone call she made me feel like everything was going to turn out okay and that she would deliver the best result she could. Every time I called the office, every single person I talked to reminded me that my case would turn out okay. Truly- everyone that works there is an angel. Avery took care of a lot of things that dealt with my case as well, and I often told her we were besties because she always treated me like I was important and that she was doing all she could. I knew she was- it was never a question. Avery went above and beyond to make this process as easy as it could be- she always updated me and she wouldn’t rush me off the phone when I called 5 times in one day. Aurora worked with me as well and she always answered any and all of my questions with as much information as she could. Lucas was apart of my case as well, he too was great to work with and easy to get along with. I never once felt that I wasn’t important or that my case wasn’t being handled with the upmost care and professionalism. We waited 8 months for a decision, and they kept in touch with me every step of the way. Anytime I called they made me feel like the most important Case they had. In the end- they got me the best result possible and I could not be happier! Krystal will continue to do great things for all of her clients, and I knew she was the best person for me since the second I talked with her. If you are going through this horrible part of your life, please don’t question if this team is right for you. You don’t need to look any further. Krystal is amazing and I know she fought hard for the result we got. I wish I could put into words how thankful I am to have found her and her team. I wish them all nothing but the best! hope I never have to call them again, but if I ever have anyone that is going through this I would recommend Krystal any day of the week. Thank you all seriously- you made this process way more enjoyable and easy than I thought it would be. You were all a pleasure to work with! Thank you!!

Dylan Detlor
Lucas knocked it out of the park yesterday i would highly recommend you guys, thanks again

Scott Ruffrage
Krystal Harrington worked with me to get me the best deal for my case. She went above and beyond and cares about her clients. I felt like she believed in me and worked so hard so my life could continue! Thank you.

Jessica Falcone
Tom Anelli and his team are not only professional, kind and compassionate, but when it comes to representing you, their knowledge, experience and expertise is second to none. Do yourself the favor and look no further. When it comes to DWI, this team of professionals know exactly what their doing.

karl brandenberg
Throughout the two and a half years of my case everyone at Tom Anelli has been very helpful and supportive, and always there when I needed them. Thank you.

Mathew Squires
Krystal Harrington was my lawyer from this firm and she did an excellent job. She was very responsive and helpful and she didn’t mince words, like most lawyers do. She went in and fought for me the best that she could and in the end I was very happy with my results. Give her a raise! $$$

Taylor Johnson
Absolutely wonderful people. Always promptly responding to any and all questions that I had (there were a lot).They worked with me every single step of the way, even after my case was closed. Mr. Anelli himself is great! Very personable and kind. He told me his plan for my case, and that's exactly how it went. I will be forever thankful to each and every one of them.